Join Mayor Jim Watson at this high-profile breakfast series, where issues vital to Ottawa's prosperity and quality of life are presented. Focusing on issues such as economic development, transportation and the environment, this breakfast series provides an opportunity to network and stay informed.

Topic: Overcoming obstacles to scaling a tech company in Canada

David Ross is the CEO and majority owner of Ross Video, having R&D and head office based in Ottawa, manufacturing in Iroquois Ontario, with additional significant manufacturing and sales offices in London, Singapore, Virginia Beach, Salt Lake City, California, and more. Since David graduated as a Computer Engineer and joined the company in 1991, it has grown from a small analog switcher company with about 25 employees to a global company with over 700 employees that has made 14 acquisitions in the past 10 years.

Ross Video designs, manufactures and delivers technology and services that power live video productions seen by billions of viewers around the world every day. Ross Video's goal is to make it easy for customers to create compelling news, weather, and sports broadcasts, engaging material for sports stadium screens, e-sports events, legislative assemblies, entertainment shows and rock concerts, as well as inspiring content for houses of worship.

Ross also create the video content itself, delivering live sports shows to ESPN, NBC, Fox and more. This year, Ross Mobile Productions expects to produce over 1000 games and events in its 6 sports production vehicles based in the United States.

David and his team have managed to achieve this growth internally funded, without a single down year in 27 straight years, while maintaining an average growth rate of 17 percent.

David was the 2017 Ottawa CEO of the Year and received an honorary doctorate from the University of Ottawa the same year. In 2018 he was elected as Fellow of the Canadian Academy of Engineering. 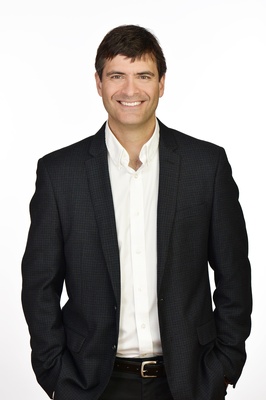