At 8:00AM, Mayor Jim Watson will give his update from City Hall, followed by a presentation by the Chief Justice of Canada, The Rt. Hon. Richard Wagner.

The Rt. Hon. Richard Wagner is the eighteenth Chief Justice of Canada. He was appointed as a judge of the Supreme Court of Canada in 2012 and became Chief Justice in 2017. 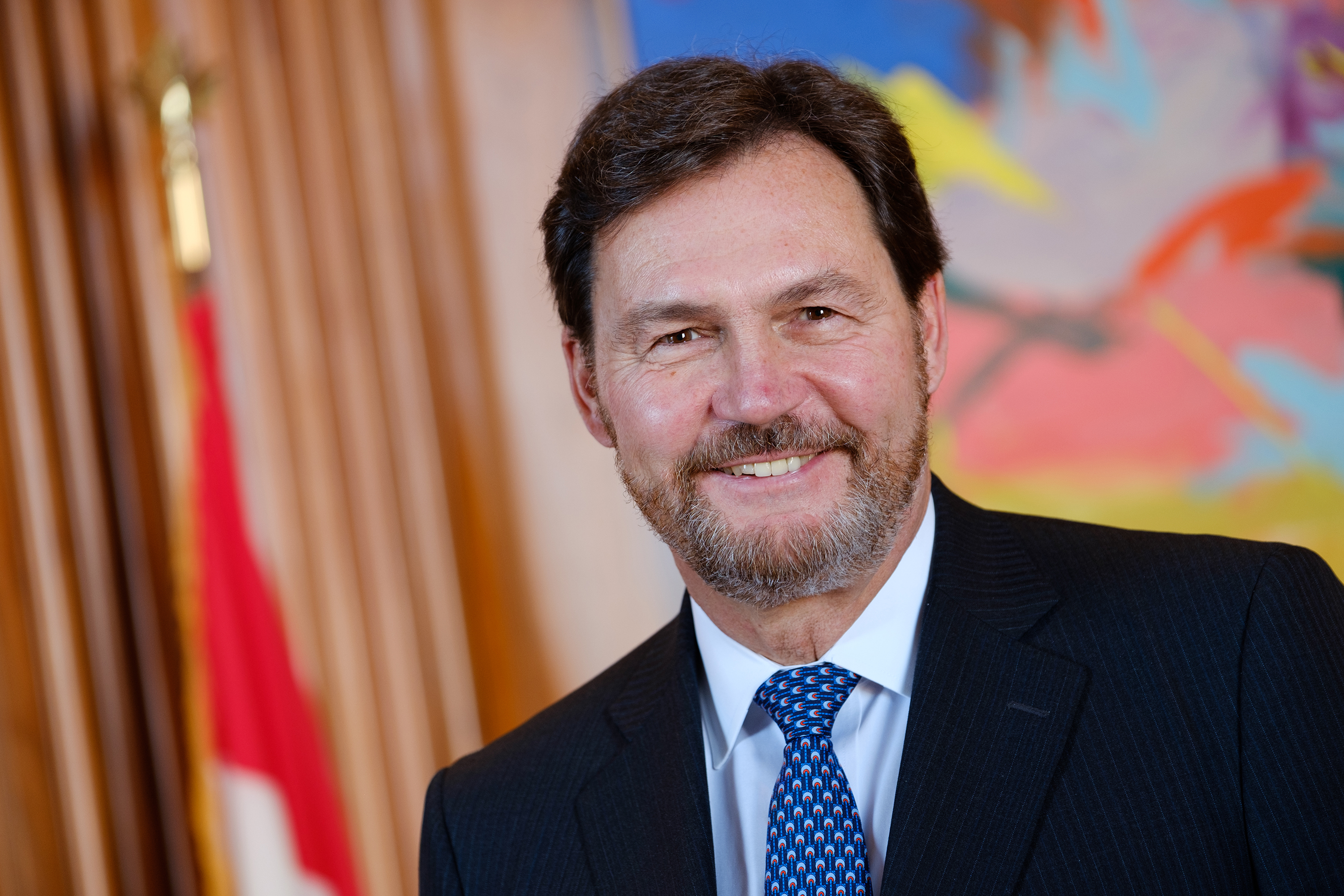 As Chief Justice of Canada, he also presides over the Canadian Judicial Council, National Judicial Institute, and the Advisory Council for the Order of Canada. Chief Justice Wagner currently serves as president of the Association des Cours Constitutionnelles Francophones, an international judicial organization. The Chief Justice of Canada served as the administrator of the Government of Canada from January 23 to July 26, 2021.

Before this, he sat on the Québec Court of Appeal from 2011 to 2012 and on the Superior Court of Québec from 2004 to 2011. He has a Bachelor of Social Science and Licentiate in Laws from the University of Ottawa.

Chief Justice Wagner practiced law in Montréal from 1980 to 2004. He specialized in professional liability (of lawyers, accountants, architects, and engineers), commercial litigation (especially in real estate), oppression remedies, and class action lawsuits. He argued cases before all levels of court in Québec and all quasi-judicial tribunals, as well as before the Federal Court and the Supreme Court of Canada.

Throughout his career, as a lawyer and a judge, Chief Justice Wagner has always been passionate about access to justice. He was one of the founders of the Centre d’accès à l’information juridique (CAIJ), which provides legal information to lawyers, judges, and law students, for which he received the Barreau du Québec’s Award of Merit. As Chief Justice of Canada, he took the Court to Winnipeg, Manitoba to hear cases outside of Ottawa for the first time in history. He launched the annual Year in Review, an informative and visually-engaging overview of the Court’s work. He directed that the Court’s plain-language judgment summaries, or Cases in Brief, were written in truly plain and accessible language. He has also been a strong proponent of judicial independence as a critical part of our democratic balance, and of civility and collegiality as a key to better decision-making on the bench.

As CFO for TELUS International, I’m thrilled to be part of such a growing and dynamic company on the leading edge of customer experience and digital innovation.

Joining TELUS International in 2020, I was attracted to the company’s commitment to putting customers first while investing in the global communities where we live, work and serve. TELUS International’s caring culture is truly inspirational.

Prior to TELUS International, I held progressive roles over a 16-year period at Mitel, eventually becoming CFO where I was responsible for Mitel’s global finance operations, including accounting, treasury, taxation, planning and analysis, and reporting. Before that, I was with PwC’s assurance and business advisory practice.

I look forward to continuing to support TELUS International’s strong financial foundation and driving profitability that will always put our team members, customers and communities first.

Locatio
Ottawa—VanieAs CFO for TELUS International, I’m thrilled to be part of such a growing and dynamic company on the leading edge of customer experience and digital innoThe Rt. Hon. Richard Wagner is the eighteenth Chief Justice of Canada. He was appointed as a judge of the Supreme Court of Canada in 2012 and became Chief Justice in 2017.